Nardò lies in the region of Apulia, (also known as Puglia), which is often better known as the heel of the southern Italian ‘boot’. It’s a region of ancient gnarled olive trees as far the eye can see with a mild sunny climate that adds a luscious depth to the area’s red wines ─ especially the famous Primitivo which is the perfect partner for the rich local cheeses.

Along the west coast of the region stretch unspoilt sandy beaches or the option of stylish lidos for those looking for some friendly and attentive service. In contrast, the eastern coastline offers a more rugged landscape (think of the Amalfi Drive but without the tourist hordes).

Typical of the highly individual nature of the region are the unique trulli houses, traditional dry stone structures with conical roofs. They were usually built as temporary shelters or storehouses for agricultural workers yet their construction was so robust that many of these charming little buildings still survive today.

There’s so much to delight you within Nardò town itself but should you choose to explore more widely you’ll be well rewarded:

Lecce is one of the main cities on the peninsula. Over 2,000 years old, its rich Baroque architecture has earned it the name ‘Florence of the South’.

Matera is one of the oldest continuously inhabited cities in the world, first settled in the tenth millennium BC. It was designated a UNESCO World Heritage Site in 1993.

Alberobello is another World Heritage Site, this time for the large numbers of its wonderfully preserved trulli buildings.

Gallipoli (not to be confused with the Turkish peninsula of the same name) is best known for its imposing medieval Angevine-Aragonese Castle and dominating city walls.

Manduria is a modern city centred on the impressive Garibaldi Square. Close by is the site of the ancient city, where much of the medieval defences can still be seen.

Porto Selvaggio National Park Is our local hidden gem, a place of where you can bask on the beach or explore dense woodlands of oak and pine, rocky coves and sea caves. The sunsets seen from the beach are a photographer’s dream. 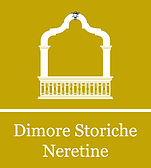 A PROJECT OF THE HISTORICAL NERETINE DIMORE

With the ancient noble palaces of the Old Town, the noble villas of the Cenate, the fortified farms, the coastal towers, the parks and the botanical gardens, the territory of Nardò is one of the richest and most extensive of Salento and our peninsula.

The Neretine Historical Houses Association aims to enhance, recover and safeguard this unique heritage that history has given us and that it is our duty to preserve and promote in Italy and in the world

Get Connect With Us